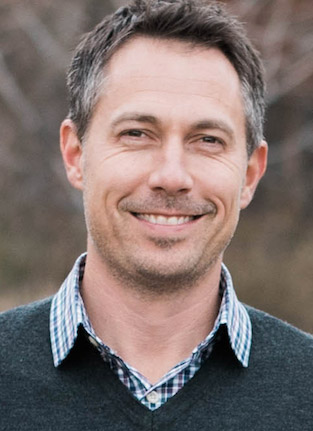 Andy grew up in rural Iowa and became a follower of Jesus at age 16 through a local, evangelical church. After sensing God’s call to vocational ministry, he pursued theological training at Moody Bible Institute in Chicago, and recently completed his Master of Divinity at the University of Northwestern St. Paul. Andy has always been passionate about raising up leaders and planting churches to reach the next generation. Antioch Community Church is the second church Andy has planted, and he is excited to continue to start churches locally and globally. Andy has been married to his high school sweetheart Sara since 1999 and they have two amazing children, Ava and Luke. 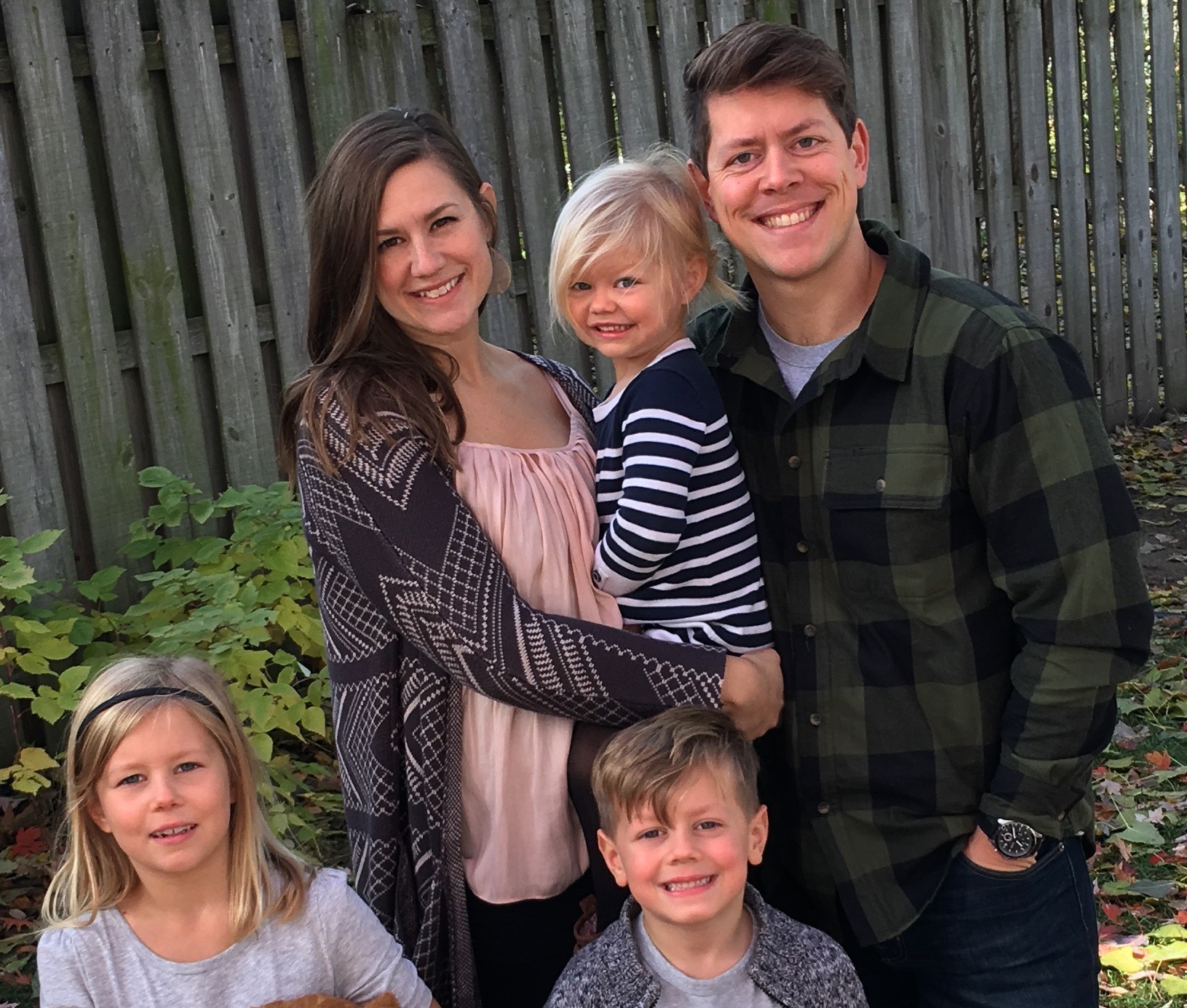 Matt grew up in Minnesota and went to college at the University of Minnesota – Duluth. He met his wife, Lindsay, there and they eventually worked with the Navigators campus ministry for the next 13+ years, before Matt came on staff as the Associate Pastor here at Antioch. Matt enjoys a variety of hobbies including camping, backpacking, woodworking, reading, etc. Matt and Lindsay live in Saint Paul with their four wonderful children, one naughty cat, and five crazy chickens. 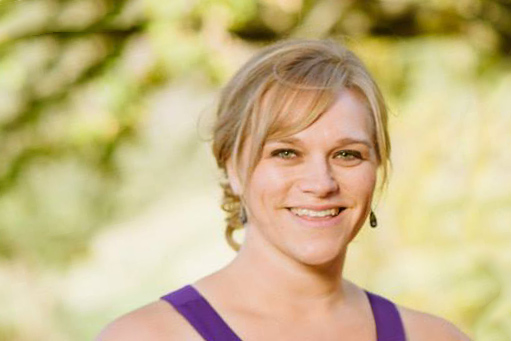 From an early age Coley knew she wanted to follow Christ and serve in vocational ministry. Over the years that passion has taken the forms of camp ministry, youth ministry, public speaking, high school teaching, worship leading, and now church planting. She has a passion to see potential leaders raised up into active leaders, and to see all people transformed into followers of Christ who understand and live out the gospel. Coley went to Northwestern College, and enjoys music, photography, traveling, being outdoors, and spending time with her husband Jon, stepson Gavin, and new baby Dax. 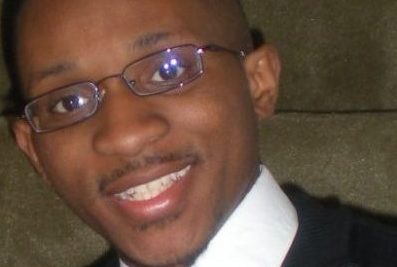 Darrius grew up in a non-Christian home in the Twin Cities area after his family relocated to Minnesota from Illinois at an early age. He attended South High school where he met his best friend who introduced him to the gospel. Darrius became a follower of Christ at the age of 19 and was given a deep passion for the lost of the inner city. He has overcome many challenges which he uses as tools to share the Grace of God and the Gospel. Darrius earned a B.S. in Ministries from the University of Northwestern St Paul and has a variety of experience working in leadership, community outreach and youth enrichment. Darrius has been married to his wife Jennifer, who he met in high school, since 2007 and they live in the Willard-Hay neighborhood of North Minneapolis with their five children Darrius Jr., Jalynn, Jeriah, David, and Josias. 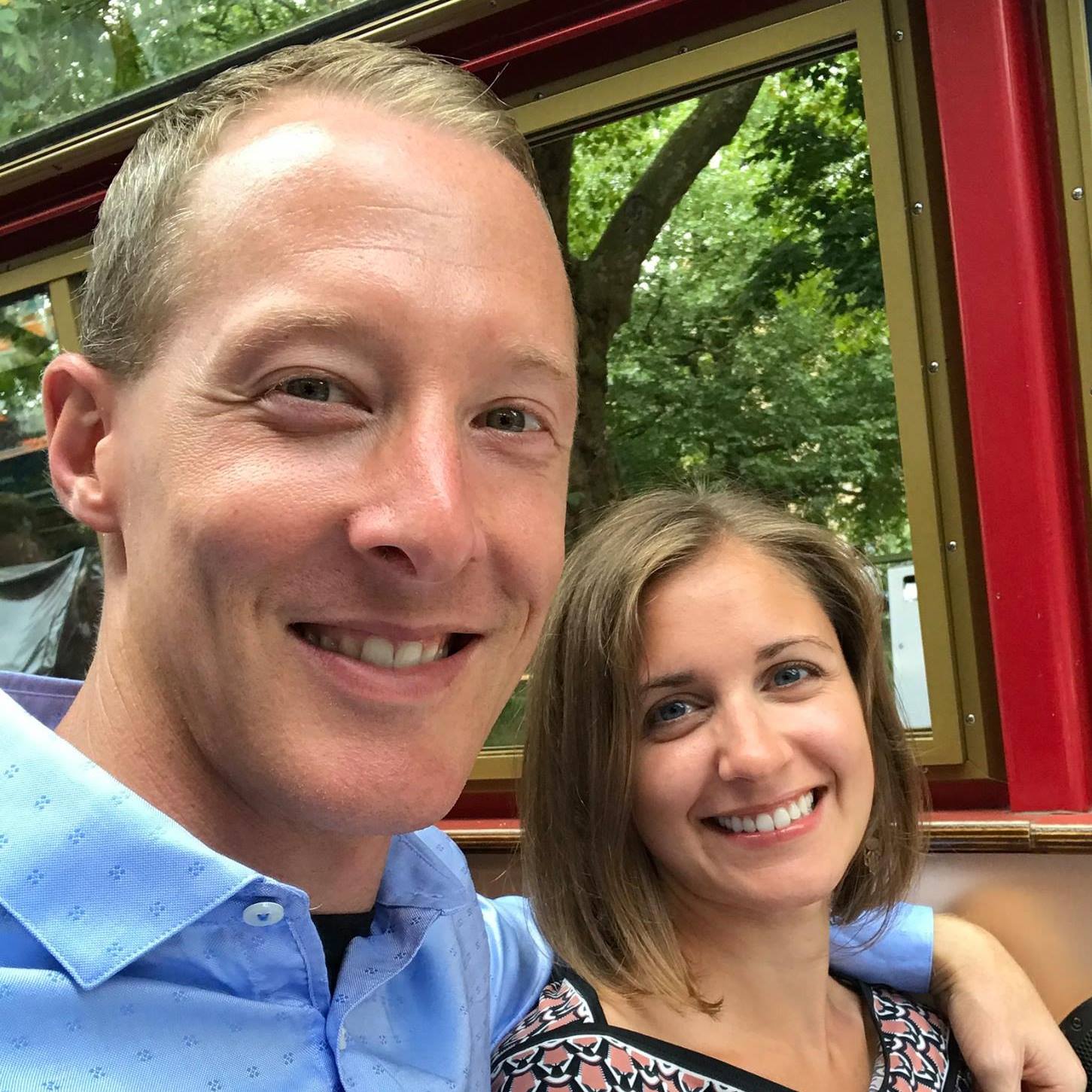 Nate grew up attending church with his family and enjoyed camp every summer. He was involved in missions trips to Mexico and Ecuador in high school as well as aided in the selection process for the new high school youth pastor. Following Christ led him to the University of Minnesota where he “on a whim” got into a van claiming to take him to a church to worship that Sunday morning in the first week of his studies. By God’s providence, the church was a wonderful learning experience which helped Nate dive deeper into his studies and faith. Nate later was married in that same church to his long time sweetheart Sarah. After hearing Pastor Andy preach on morning while giving a call to start a new church in NE Minneapolis, Nate and Sarah decided this new church was going to be their new home. He officially joined the launch team in 2007 and began preparing for the start of Antioch. Nate and Sarah have lived in NE Minneapolis since 2006 and have three children. He loves running, biking, and enjoying time in sunny places. 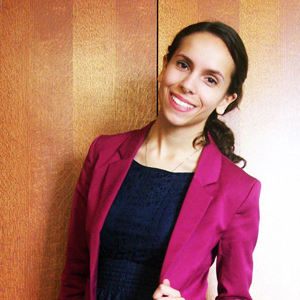 Maria grew up in a Christian home in Saint Paul, MN. Her passion for the arts showed itself at an early age, and she spent a lot of her pre-college years studying music, taking art classes, and participating in theatrical productions. She went on to pursue a bachelor’s degree in Retail Merchandising at the University of Minnesota, where she met her husband, Russ. Early in college, Maria recommitted her life to Christ after getting involved with the U of M Navigators. After graduation, Maria worked in e-commerce and quality assurance for several years, honing her administrative and management skills, before eventually joining the staff team at Antioch. Maria and Russ now live in Northeast Minneapolis. Maria is also a watercolor artist and fashion illustrator who enjoys good food with good company. She will never say no to a good burger! 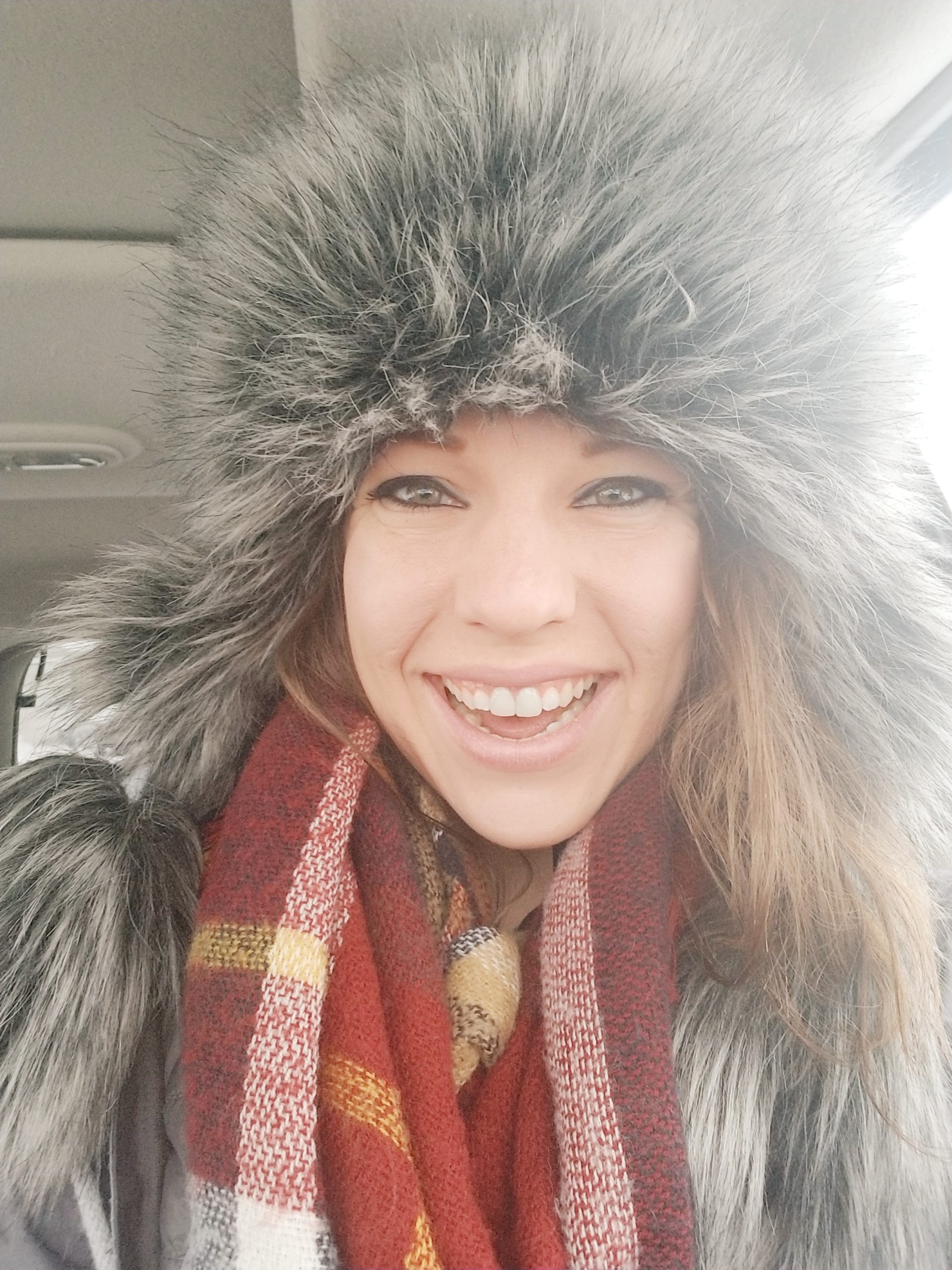 Laine was born and raised in Minnesota, accepted Christ at 3 years old, and grew up attending and working at Camp Shamineau. From an early age, she spent her time outdoors, playing sports, and making a mess with art projects. With artists running in her family, she later attended Bethel University acquiring a Bachelor’s degree in Studio Art and Art History. As the office manager for a local construction company 2011-present, Laine has a passion for innovation, organization, working behind the scenes, and streamlining processes. She came to Antioch in 2018, and knew right away she would call it home. She lives in Plymouth and loves spending time with her husband, Josh, and their Great Dane doing anything and everything outdoors – seeking adventures, camping, hiking, canoeing, running and more. In her free time she enjoys creating art, lifting weights, creating new recipes and cooking, and being a fun Auntie! 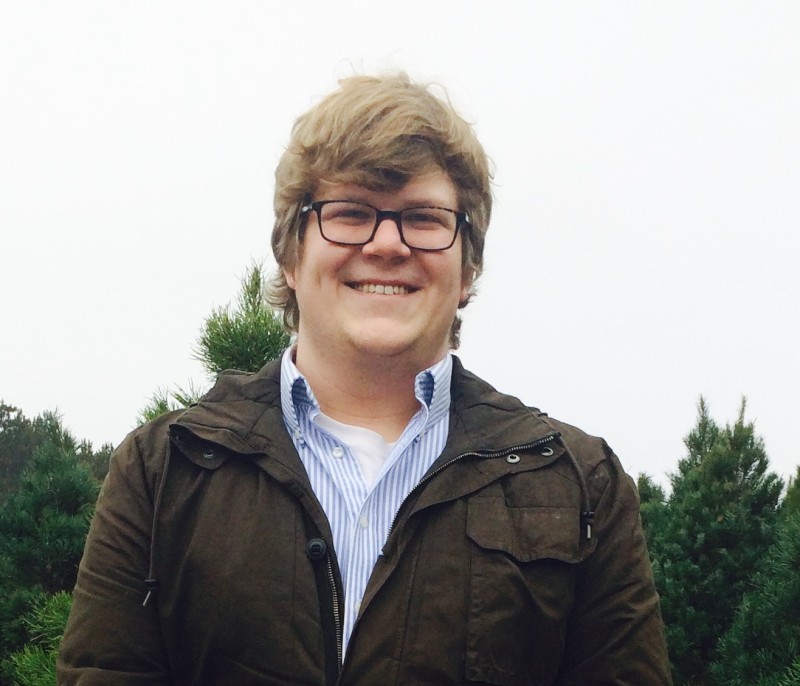 Chris spent most of his childhood playing frisbee and singing folk songs in the sunny state of Arizona. Growing up in a Christ-centered family went far in developing his faith and shaping him into a worship leader focused on Christ. College brought him to Minnesota where he studied radio, video, and music production at Northwestern College. Today he lives in the Windom Park neighborhood of Nordeast with his lovely wife Shasta, where they have been since they were married in the summer of 2015. Most of the time you can find Chris playing his guitar and fiddling on his mandolin. When Chris isn’t playing music, he can be found working in the garage, adventuring in the cities with Shasta, or hanging out in coffee shops with friends. 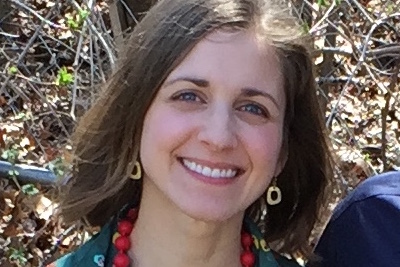 Sarah has lived in the Twin Cities her whole life and grew up in a Christian home. She met her husband Nate in 11th grade European History class and they were married 7 years later. As newlyweds, they moved to NE Minneapolis in 2007 and helped plant Antioch. Sarah and Nate still live in “Nordeast”, but their family has grown and now includes two boys, Micah and Isaac, and a daughter, Esther. Sarah graduated from the University of Wisconsin Madison with a BS degree in interior design and practiced commercially for 12 years until God led her to stay home full-time with her three children. At Antioch she has developed the desire to serve and connect with other moms and help the children form a relationship with Jesus that will grow as they grow. Sarah spends most of her time chasing her family around and exploring what the city has to offer, but when she’s not, she finds a good book and a cup of coffee for a moment of relaxation. 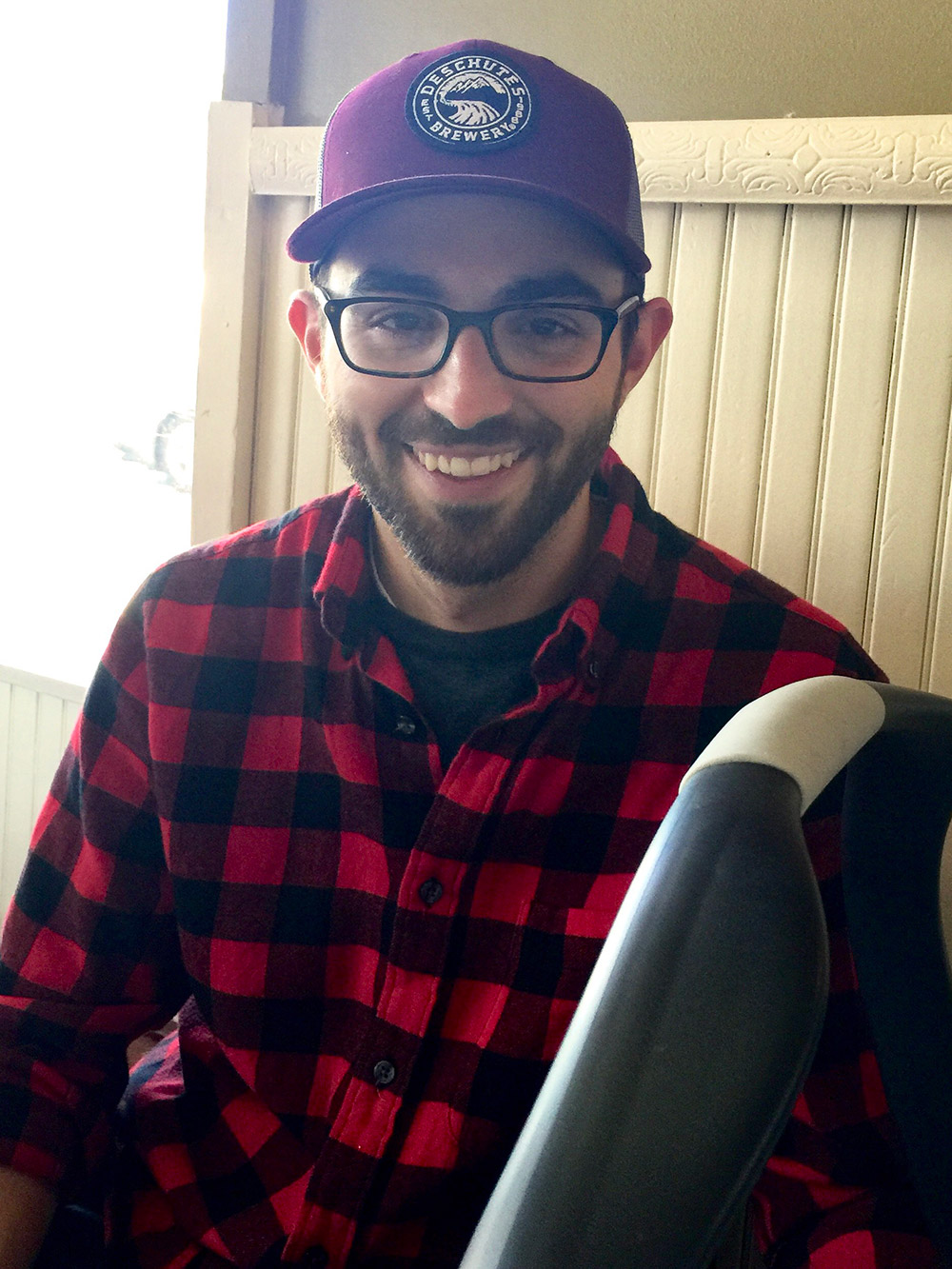 Ryan was born and raised in Shakopee, MN. As he grew up, he realized he was much better at speaking in numbers than in English. He moved to the cities for college, graduating from University of Northwestern St. Paul with a degree in Accounting, and later becoming a CPA. His passion as Treasurer is to use finances as a tool to help in God’s great story of redemption. Ryan resides in North Minneapolis with his wife, Megan, and their two sons. He spends his days hanging out with his family, playing music, biking, enjoying the outdoors, and eating an unsettling amount of ice cream.